About the Congress of Racial Equality 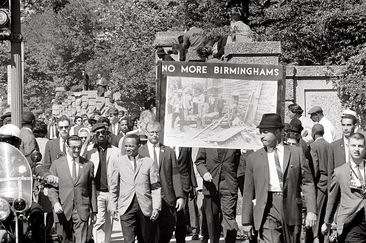 C. O .R .E.  is the acronym for the Congress of Racial Equality.

Founded in 1942, CORE is the third oldest and one of the ‘Big Four’ civil rights groups in the United States. From the protests against Jim Crow laws of the 40's through the Sit-ins of the 50's, the Freedom Rides of the 60's, the cries for Self-Determination in the 70's, Equal Opportunity  in the 80's, Community Development in the 90's, to the demand for equal access to information, CORE has championed true equality.  As the ‘shock troops’ and pioneers of the civil rights movement, CORE has paved the way for the nation to follow.

Mission
CORE is officially classified as philanthropic omnibus human rights organization. CORE's aim is to bring about equality for all people regardless of race, creed, sex, age, disability, sexual orientation, religion or ethnic background. In pursuing its aim, CORE seeks to identify and expose acts of discrimination in the public and private sectors of society. It is a national membership organization dedicated to making Equality a Reality for all people through the achievement of political, economic, cultural, educational and social justice leading to the unification of all people as American citizens. The parent organization is CORE, Inc., a 501(c) 4 organization.  CORE's National Headquarters is located in New York City.  From there a network of local chapters radiate across the United States, Africa, and other part of the world. Membership in CORE is open to anyone who believes that ‘all people are created equal’ and is willing to work towards the ultimate goal of true equality throughout the world. 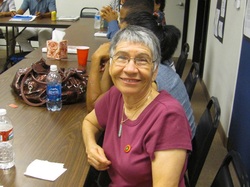 CORE Today
CORE has established an impeccable record of finding solutions to the most difficult problems facing minorities by: (1) formulating the most pragmatic positions on important civil rights issues; (2) instituting the most successful actions to bring about non-violent social, political and economic change for the underprivileged and thereby leading
America down a path of equal opportunity for all of its citizens.  To many we have served as a buffer between them and a life of welfare, joblessness and dependency.  To others we have been the last hope in a never-ending struggle against tragedy, depression and hopelessness.  We are the light at the end of a long dark tunnel.

To that end CORE has declared equal access to information, technology and healthcare its new civil rights focus for the 21st Century.  Recognizing that the civil rights revolution in America was a tremendous victory for all decent thinking people, CORE now sees the need to prepare minorities so they may better maximize the many opportunities that are now available to them. With your continued support, CORE will continue to be the beacon of hope for all people who seek to enjoy the fullness and satisfaction offered by the ‘American Dream.’
Find our Education featured page as a Las Vegas, NV Business in the Las Vegas Valley Directory.
Location: Las Vegas, NV, United States | Phone: (702) 637-7968