Key Civil Rights Acts & Amendments to the US Constitution 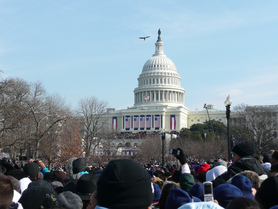 13th Amendment - 1865
Abolished slavery  but did not give blacks equality. Full text of the 13th Amendment to the U.S. Constitution

Civil Rights Act - 1866
"All persons shall have the same rights...to make and enforce contracts, to sue, be parties, give evidence, and to the full and equal benefit of all laws..."   Full text of the Civil Rights Act of 1866

14th Amendment - 1868
"All persons born or naturalized in the US...are citizens...nor shall any State deprive any person of life, liberty, or property, without due process of law; nor deny to any person...the equal protection of the laws." Full text of the 14th Amendment to the U.S. Constitution

Plessy v. Ferguson - 1896Plessy v. Ferguson, 163 U.S. 537 (1896), is a landmark US Supreme Court Decision that upheld the constitutionality of racial segregation in public accommodation under the doctrine of “separate but equal.” The decision was handed down by a vote 7 to 1. The majority opinion was written by Justice Henry Billings Brown. The dissent was written by Justice John Marshall Harlan. Justice David Josiah Brewer abstained. The decision remained on the books until it was repudiated in the Supreme Court Decision of Brown vs. Board of Education of Topeka Kansas in 1954.

19th Amendment - 1920
"The rights of citizens...to vote shall not be denied or abridged...on account of sex." Full text of the 19th Amendment to the U.S. Constitution

1967 ADEAProhibits age discrimination for 40-65 year olds-- amended in 1986 to remove the 65 year old age cap. Text of the Age Discrimination in Employment Act of 1967

Americans Disabilities Act
Title I prohibits disability discrimination by employers. Titles II and III require disability access in all places of public accommodation and business for first occupancy after January 26, 1993 Full Text of the Americans with Disabilities Act of 1990